2017 in Tunisia. Seven years after the Jasmine Revolution ignited the Arab Spring Uprisings, Tunisia holds a powerful role in world politics. People strive to build democracy where everyone has equal rights, and no one is forcing a regime political party on others.

“For the first time in Tunisian history, we are able to reach out to youth and do research,” Omezzine Khélifa said. Khélifa is a Tunisian politician and civil society activist, and founder of a youth empowerment non-profit Mobdiun – Creative Youth مبدعون. She talked to Millennial Hustler about what life is like post revolution, and how youth empowerment is more critical than ever. “Before it was dictatorship. We were not allowed to talk to each other. We were taught to fear each other. No freedom of assembly, no freedom of action. Now, we are free to try and understand the issues important to them. We are making huge steps, but we’re far behind in our economy in our technology, social economic empowerment,”Khélifa said.

What’s more, many people still can’t locate it on a map. The perception of Tunisia is a mix of fascination and fear, a paradox that comes from being the only successful Arab and Muslim country to transition to democracy in a relatively peaceful process. But the process is slow, and youth today have little hope in the future.

“We need more people and youth to take over the conversation and bring change they want to see to the community,” Khélifa explained.

That’s where Khélifa is getting to work. “Youth are fed up,” she said. “They don’t trust politicians. We raised youths’ expectations during the revolution, and we are just now starting to understand the issues they continue to face in an area difficult to work in, known for its violence and marginalization.”

Khélifa came back to her native Tunisia during the pivotal revolution. She left a successful career in France to help build a democracy with her Tunis community after the regime was toppled, what’s now a lifelong commitment. Years after the revolution started, comes newfound freedom of speech, an unfamiliar path. She’s found that youth are disappointed, disillusioned, and they don’t believe that new policy or a democracy has actually brought anything new.

“Youth today were children during the revolution,” she continued. “They are not involved in public life. They don’t believe people are interested in bringing about solutions to poverty and lack of opportunity.” Even so, many still fear Muslims who come from Tunisia. “There’s this reactive fear towards youth who have been involved with the revolution.  It’s told we unfortunately have the highest number of youth joining Daesh (ISIS).”

It’s a situation that requires a revolutionary approach, something Khélifa is uniquely positioned for.

She wears two hats: a consultant for An international development agency, and the president of Mobdiun – Creative Youth مبدعون , a non-profit organization she founded in 2014. It’s a support system to help youth create their vision for the country.

Through her non-profit, she partners with high schools and youth centers, hosting focus groups with questionnaires. She talks to youth one-on-one, listening to their frustration asking for freedom and better living conditions.

Through these conversations, her team is working to bridge the gap between civil society and development research and planning. The long term goal is to include Tunisian youth into more diverse societies using art, culture, and technology. “They are waiting for us to bring something new,” she said. “Something close to their aspirations.It’s about changing the relationship that exists between youth and greater society. It’s critical to show what they have been through in life, that people have talked in the name of youth, but we have not listened to what they say. That takes a comprehensive research process.”

Indeed, it is more than casual conversations over coffee. It’s a scientific methodology. “We are trying to build trust,” she said. Her organization has interviewed hundreds of youth, gathering data, and doing comprehensive analysis based on what’s important to youth. “We compare our commonalities to other communities. Our plan is to present that diagnosis to youth to see what their priorities are in comparison to what we’re proposing after listening to them.” Her team pitches solutions for youths’ feedback, which they’ll then synthesize recommendations for civil society. “Youth are pushing democracy to question itself everyday,” she said. “We need to maintain our commitment to youth in the promises made for a better life, and then propose concrete solutions.”

So far, the findings are sobering.

“Society still fears youth,” she went on. “They struggle coming from areas that are neglected and not equipped for stadiums, movie theaters, for places youth can relax.” She says youth try to hangout in other areas, but they find they’re not accepted. “The youth see it. They feel it, and worse, they internalize this perception that they’re a threat. They end believing what others perceive of them is true.”

They deal with this by saying, “We’re untouchable. We’re strong and it’s good that others fear us,” she explained. “But at the same point, they have shame, especially when they go to other communities for special occasions. When they want to do a sport that doesn’t exist in their area, when they want to do a cultural activity or go to a cafe where boys and girls can sit together… they have to go outside of their town in another area. They are looked down on in all of these environments. People already label them because of where they come from.”

Khélifa is concerned that if nothing is done to empower then, this will follow them through their lives. “They will always feel at some point they’re not in the right place. Not good enough. They have low self-esteem, low self-perception.”

That social reaction can lead to violence, and violent extremism. “It’s dangerous,” she said. “We need to make sure they don’t grow up in an unhealthy setting where they have no protection of themselves. Our role is to understand what we can do to improve their living conditions. We see them as human beings, not as a threat. They are the future of our country.”

The process requires patience and coaching. “We are working to empower them to express themselves, to put their foot print on the issues they care about, and to accompany them in understanding their dreams. It’s a process to prevent them from being attracted to violent extremism. We tell them, ‘Nobody is going to change your reality if it doesn’t begin with you. This is all about your ideas.’

Even though youth aren’t sure how to create solutions, her work provides the agency and resources to show them how to be proactive. They have big expectations but at the same time, they don’t see how a better future is possible.

“We have faith in them,” Khélifa added. “They didn’t live under a dictatorship like my generation. They don’t think to criticize politicians. It’s a new relationship all Tunisians are trying to learn. While we don’t have traditional policy, we can peacefully mobilize for causes we care about. I can’t wait for the day when youth will lead, deciding for themselves what they want to do.”

For Khélifa, her work is just beginning.“We’re realizing they don’t dream big. It’s hurtful to see that. Our role is to extend the possibilities, the dreams they might have, so we can bring them solutions. Until this comes to fruition, it will be my life work. I’m sure that it will happen. We are forced to have hope. We are listening now.”

Looking back to the end of 2010, Mohammed Bouazizi, a 26-year-old fruit-and-vegetable vendor in Sidi Bouzid, set himself on fire in front of a municipal offices, protesting police mistreatment. Mass demonstrations against the government followed in desperation to get out of poverty in the Tunisian desert.

Today, Khelifa’s work is carrying the torch forward to give youth a voice and to mobilize.

Tunisia. The only nation to transition peacefully into a democracy, yet carrying the weight of a stigma as ISIS preys on the hopelessness of youth, that fascination and intimidation a grey zone youth have come face-to-face with. It’s a moment much like a teeter-totter in a playground. The older generation knows life solely under a dictatorship, living under authoritarian regimes their entire lives.

Yet, the youth now live in a democratic society. They have a voice and the potential to make history in a positive way.

That’s where Khélifa’s work has an invaluable role to play.

The future: she wants to see more youth becoming young leaders, helping others. She hopes to inspire youth to empower each other in working for peaceful change and bring more youth into leadership roles in a globalized world.

This is the time for Tunisian youth to be supported, uplifted, and inspired to show they can control their destiny. It takes youth to change the system, and Khélifa is there to fight for them. 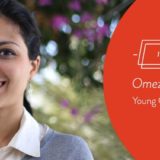 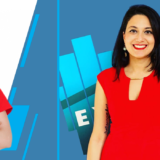