Khélifa previously worked as a consultant for the World Bank in Tunisia. She also helped establish Thae’ra, the Arab Women’s Network for Parity and Solidarity, and the Women’s Alliance for Security Leadership (WASL). She’s been honored with the Project on Middle East Democracy’s Leaders in Democracy Award and been named a World Economic Forum Young Global Leader as well as a New Voices Aspen Institute Fellow. She is a member of the World Economic Forum’s Expert Network and was recently selected as one of the inaugural Obama Foundation Scholars at Columbia University.

How did your education and previous professional experience shape your current work at Mobdiun?

I think the most important takeaways from my education are the ability to learn rapidly and sustainably, the capacity to adapt and thrive in any kind of environment, and the ability to perform under high pressure. Growing up as an adolescent in Tunisia, I had a few amazing teachers who challenged my understanding, stimulated my curiosity, and encouraged me to express myself at an age where I was looking for meaning and purpose.

My engineering and computer science studies in France were quite different: dense, theoretical, and extremely specialized. I didn’t like the technical focus of it all and I thought I had made the wrong educational choice. In fact, I found my studies terribly depressing and almost failed. From the moment I got my degree, I tried as hard as I could to exit the coding world and used my interpersonal skills to become a link between the technology realm, which I ended up understanding quite well, and the real world that I wanted to contribute to and improve. Today, it’s obvious to me that those challenging years helped me develop a brain structure that’s capable of identifying gaps and patterns, optimizing existing procedures, and constantly imagining new ways to better organize systems through creativity and innovation.

How do you hope your work at Mobdiun will help youth become more involved in social causes?

I am convinced that miracles can happen when youth are empowered to face issues that have a direct impact on their daily lives. Their creativity and passion are beyond imagination, they just need to be listened to and accompanied in their struggle.

Mobdiun works in neighborhoods that are marginalized and that have been affected by violent extremism. The inhabitants of these areas, especially the youth, accumulate frustrations about their living conditions, feel abandoned by the state, which is not playing its social role anymore, and struggle to make a living in a weak economy.

Before starting any kind of activity with the youth, Mobdiun conducted sociological research in order to assess their needs, understand their priorities, and become familiar with their fears and aspirations. Mobdiun’s team carefully listened, and with the help of sociology experts and consulting firms, published the first study that explored being a teenager in a working class neighborhood in the northern suburbs of Tunis. This study was a stepping stone that helped to start a conversation among youth, their families, and local stakeholders.

Mobdiun has since organized a series of workshops to listen to feedback from the neighborhood youth. This has allowed us to identify a small group of dynamic and motivated teenagers who would like to be involved in helping their community, and a program is currently being designed to build their leadership and organizational capacities. Mobdiun has also co-created a theater play with a group of young actors who want to tell the world about their daily struggles and share their big dreams. When the play premiered in Carthage recently, it was attended by neighborhood families and youth and received attention from Tunisian media and authorities.

These youth groups have been sensitized about the social issues that have a direct impact on their lives. However, raising their awareness is just the beginning of a longer process in which these youth come to realize that they hold the solutions. We want to show them that they have a voice and a stake in the future of their community, and that they can become powerful, peaceful, and creative agents of change.

What broad trends do you think will have the most impact on learning in the years ahead?

Online self-directed learning is already happening and complementing mainstream traditional education. I think that people will use more and more teaching videos, and that mobile technology will be very helpful to provide access to education in remote areas and for hard-to-reach populations. I am a strong believer in experiential learning, and as such I am convinced that formal education should involve more real-life/real-world experiences. More focus should be put on soft skills that are necessary in life and in work environments, such as the ability to learn and adapt, critical thinking, creativity, communication, teamwork, negotiation, and leadership. Technical skills will also be important, such as coding and knowing how to configure computers and other machines.

What, if any, are future plans for Mobdiun?

Mobdiun believes in collaboration and bringing together a broad spectrum of expertise to solve complex problems. Thus we hope to continue building partnerships with other civil society organizations in order to propose alternative social, economic, and security policies in order to prevent violent extremism in Tunisia. Through its partnerships at the local and national level with both the private sector and the government, Mobdiun also aims to promote initiatives, economic opportunities, and government programs that will help transform our pilot neighborhoods from feared places known for their violence to creative, lively, and vibrant areas attracting young talents from all over the country. 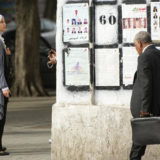