The latest in our “Women and Jihad” series highlights women who have committed to combating the spread of extremist ideology, from saving Yazidi Kurds in Iraq to deradicalizing Boko Haram members in Nigeria.

THEY ARE ACTIVISTS, psychologists and politicians, from Austria to Somalia, often working directly with perpetrators, potential recruits or victims of terrorism. Meet 10 women who are leading the way in efforts to understand the roots of radicalization and the strategies to stopping it in its tracks.

“We have to drop the perpetual mother syndrome and stop seeing women only as victims or mothers of extremists.”

Fauziya Abdi is the founder and president of WIIS Kenya (Women In International Security – Horn of Africa) and chairwoman of Sisters Without Borders, a network of Kenyan organizations devoted to the prevention of violent extremism. She and her partners developed the network to help individuals who are working on countering violent extremism (CVE) join up with groups on the same mission, so they can collectively address the issue. Abdi says perceptions have shifted since she started working in CVE, and women are no longer assumed to be innocent victims or bystanders within extremist groups. She says there is increasing evidence women are being recruited in Kenya and neighboring countries to carry out attacks or join al-Shabab in Somalia, and she’s calling for a much more sophisticated approach to the problem.

“These programs take a long time and it’s not something you can do in a month or two when you’re changing a person’s whole process. Someone can fall into a belief system so quickly, but it’s hard to get them out of it.”

Dr. Fatima Akilu is a clinical psychologist with 20 years of experience in the field of mental health. After several years working in the U.K.’s National Health Service, she returned to her native Nigeria in 2012 to set up and direct the government’s first CVE program as the director of behavioral analysis and strategic communications. During her three years in the post, she established deradicalization programs for men and women who had joined the ranks of militant Islamist group Boko Haram. In 2015, she set up the Neem Foundation to provide psychosocial support for victims of terrorism and work with communities in northeastern Nigeria, addressing the root causes of violent extremism.

“I strongly believe the grievances that drive youth to join violent extremist groups are not the same as the ones keeping them there – and more often than not, they want and need help getting out.”

A Somali-Canadian social activist, Ilwad Elman devotes much of her time to deradicalizing members of the Somali terrorist group al-Shabab. She is the Somali youth coordinator for the counter-radicalization network Extremely Together at the Kofi Annan Foundation and also works at the Elman Peace and Human Rights Center in Mogadishu alongside her mother Fartuun Adan, the NGO’s founder.

“The Yazidis are a minority, so the Iraqi government didn’t do anything when they were captured. Because of that, we had to help, we had to do something.”

Ameena Hassan is a Yazidi Kurd and a former member of the Iraqi Parliament. When the so-called Islamic State marched on Yazidi minority communities around Iraq’s Mount Sinjar in 2014, Hassan started receiving calls from Yazidi women and girls who had been taken captive by fighters. They told her about the extreme sexual and physical abuse they were subjected to and begged her to help them escape. Together with her lawyer husband, Khaleel Aldakhi, Hassan set up a network to help smuggle some of those women to safety. To date, they have rescued over a hundred Yazidi women and girls from captivity and set up a registry of captives and their locations. In 2016, Hassan won the Human Rights First Award for her work rescuing Yazidi sex-slave victims. She was also named Hero Acting to End Modern Slavery by the U.S. Department of State.

“All over the world, women have become targets of violent extremists. We are kidnapped and become sex slaves. They come to our very bedrooms and kill us. So we have every legitimate right and moral right to be involved in finding the solutions to violent extremism.”

Sixteen years ago, Esther Ibanga left her job in banking to become a Christian pastor in Jos, Nigeria. Now she is the president and founder of Women Without Walls, an interfaith organization that brings Christian and Muslim women together to campaign for peace. Women Without Walls was set up six years ago in response to the ongoing ethno-religious conflict that has plagued Jos state over the past decade. Over 10,000 women marched in the state in response to the massacres of Christians and Muslims, demanding a greater response from the government and the inclusion of women in finding solutions to the conflict. The group works with youth to promote dialogue between different religious groups and has set up community policing initiatives in flashpoint areas of Jos to help communities constructively manage their conflicts.

“Women are doing a lot of good work on the ground, but aren’t being included in official strategies. It’s a constant fight if you want to be around the table … We need to be better connected at the national, regional and local level.”

Tunisian politician and social activist Omezzine Khelifa quit her finance job in France in 2011 to participate in the political transition in Tunisia. She joined Ettakatol, the Tunisian social-democratic political party, and ran as a candidate in the Tunis district for the National Constituent Assembly elections in 2011. A year later, she was honored with the Leaders for Democracy Award from the Project on Middle East Democracy. Khelifa served as a ministerial advisor to the first two governments in Tunisia and currently directs a nonprofit organization that aims to stimulate social inclusion and transformation through art, culture and sport.

“It’s not only mothers who can recognize the signs of extremism. Any woman, whether she is the mother, the teacher, the activist, the reformer, should play a role.”

Mossarat Qadeem is a peace activist from the Swat Valley in Pakistan who has been internationally praised for her work in rescuing young men and their families from Taliban extremists. She spent 14 years teaching political science at the University of Peshawar before founding the Paiman Alumni Trust, a nonprofit group promoting the sociopolitical and economic empowerment of marginalized Pakistanis. After witnessing her home province in northern Pakistan become a stronghold for the Taliban, she realized women in the region were unwilling or unable to stop their young sons being recruited into the group. Under the pretext of offering these women livelihood skills, the Paiman Trust started working with them to identify signs of radicalization at home and ultimately intervene to stop their loved ones from becoming fighters or suicide bombers.

“We are only now starting to see the agency women have within the household to prevent their sons, husbands and brothers from either leaving the insurgency or encouraging them to enter the armed violent groups in the first place.”

Mariam Safi is one of the few female researchers and experts from Afghanistan who focuses on the role of women in post-conflict peace-building and CVE. As deputy director of the Centre for Conflict and Peace Studies in Kabul, Safi has produced research highlighting the crucial role women play in a community and family setting in countering extremist narratives spread by the Taliban. She argues women should be central to peace-building efforts and has helped encourage and empower women to take a more active role in negotiation and policy-making, both at a national and international level.

“Including women in the security arena is a great challenge, but times of crisis are also often times of opportunity. This is our moment.”

Edit Schlaffer is a social scientist, writer and activist who holds a PhD from the University of Vienna. In 2008, she launched Sisters Against Violent Extremism (SAVE), the world’s first female counterterrorism platform. Headquartered in Vienna and working with communities across the world, SAVE provides women with the tools for critical debate to challenge extremist thinking and to develop alternative strategies for combating the growth of global terrorism.

“We need to inoculate ourselves, our communities and our societies against the perverse and delusional rhetoric spewed by wild-eyed, barbaric fanatics from remote corners of the globe.”

Now 23, Fatima Zaman was a teenager at the time of the London bombings on July 7, 2005, and as a young Muslim woman found herself defending her faith, which she saw being hijacked by extremists determined to cause destruction and spread hate in the name of Islam. Confronted with such anger, she felt compelled to work with her community to counter the negative messaging. Formerly a civil servant, Zaman now works with the Kofi Annan Foundation and One Young World on Extremely Together – an international movement designed to tackle extremism. She regularly holds sessions with young Muslim women in schools and other community settings, offering them a chance to discuss issues of extremism and find alternative ways to fight back against discrimination they experience in everyday life. 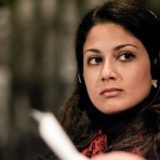 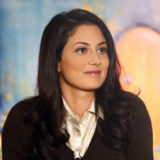